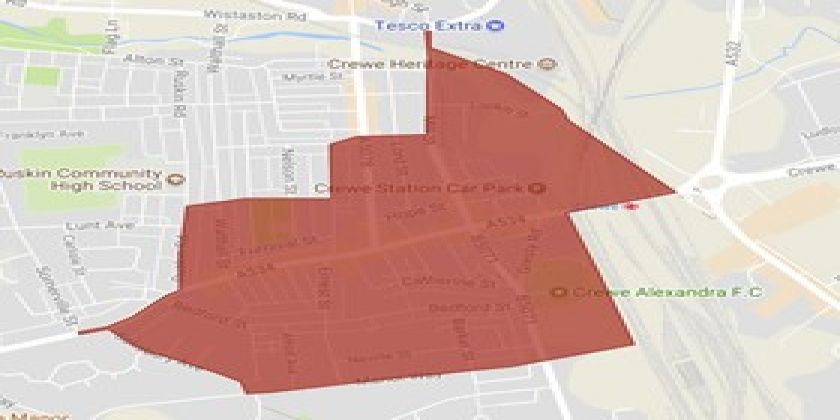 Officers in Crewe have been given a temporary boost to their powers to stop and search anyone they suspect of carrying a weapon.

It follows recent incidents involving knives and weapons over the last two weekends.

The powers will be in place from 7pm on Friday 8 November to 4am on Saturday 9 November and then again from 7pm on Saturday 9th November to 4pm on Sunday 10th November. The powers, which have been granted under Section 60 of the Criminal Justice and Public Order Act (1994), allow officers to stop and search any person or vehicle looking for weapons, whether or not they have any grounds of suspicion.

Officers from Crewe Local Policing Unit, supported by specialist task force officers and the Special Constabulary, will be in the Nantwich Road area using those powers to deter people from carrying weapons and to identify those carrying them.

This has been granted for use by Crewe officers and follows a number of stabbing and serious assaults that have taken place in the Nantwich Road area.

Chief Inspector of Crewe Local Policing Unit Simon Newell said: “In light of recent events in the town we want to make sure that doing everything we can to deter people from carrying weapons. Use of these additional powers is not something which is taken lightly, but we believe it necessary to demonstrate to the community we are on the front foot in our response to detect and deter people from carrying and using weapons.

“The consequences of carrying and using a weapon are very severe and not looked upon lightly by the courts. By carrying or using a knife you are literally putting your lives and others at risk.

“I would encourage the public to contact the police via 101 or Crimestoppers on 0800 555 111 with any information about anyone carrying a weapon so that we can take positive action to target that individual.”

In addition PCSOs will also be engaging with residents and businesses to highlight what the Constabulary is doing to tackle knife crime in their area.